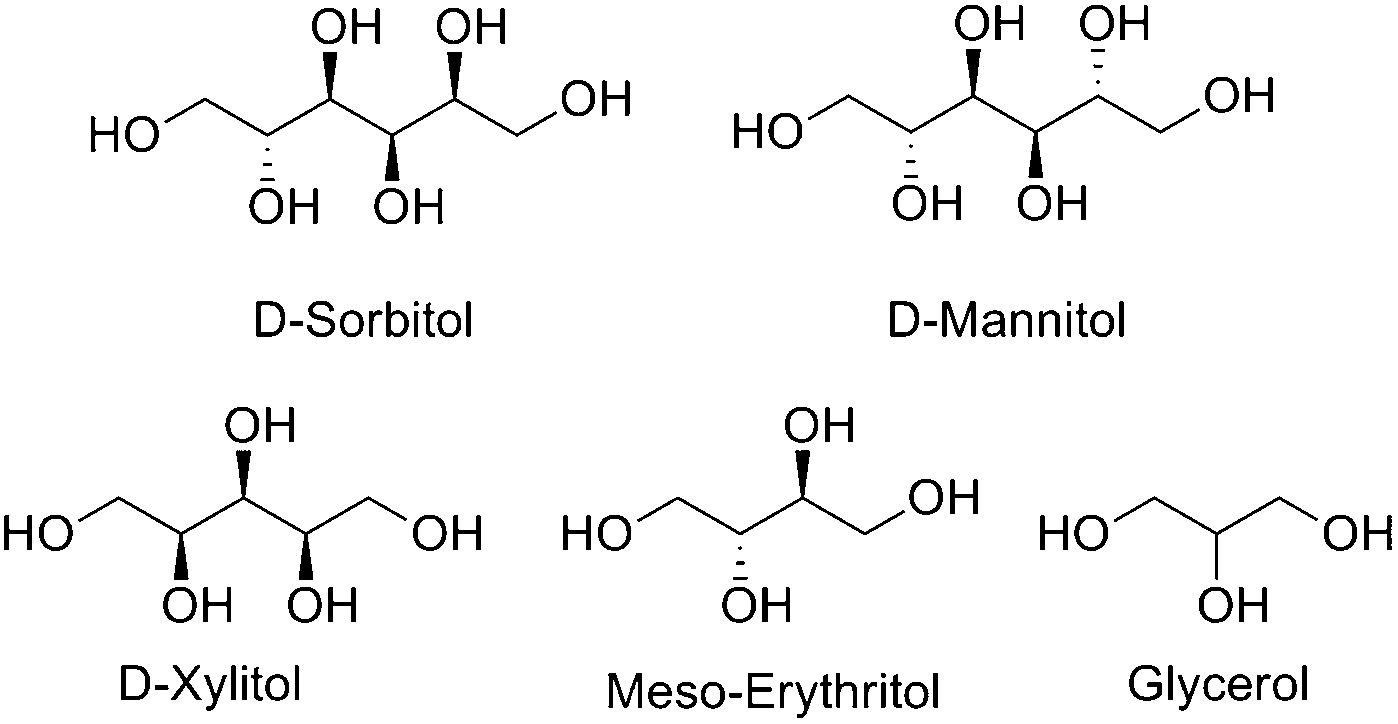 What are sugar alcohols and how to account for them?

If you’ve ever eaten a protein bar or anything else that contained a sugar alternative to sweeten the taste of the food, you’ve no doubt at some point turned over to the back of the packet and looked at the nutrition panel, and noticed the name “sugar alcohols” listed as a sub-group in the carbohydrate section and thought to yourself, “what are sugar alcohols?” Well, I can assure you, you are not alone, as sugar alcohols are a very commonly misunderstood nutrient and furthermore, a very common gap in nutritional knowledge in both fitness professionals and avid health enthusiasts alike.

Sugar alcohols (also known as polyols) are a funny little misnomer in the nutritional world, as they are neither sugar, nor alcohol. Their name is derived from their chemical structure, which is very similar to that of a sugar molecule, typically containing a 5 or 6 carbon chain, whilst also containing multiple hydroxyl (alcohol) groups attached to that chain. So, if you abstain from the consumption of alcohol or you do not want to consume high amounts of sugar in your diet, then you need to have no concerns about consuming foods containing sugar alcohols.

Although somewhat foreign and misunderstood, sugar alcohols are a simple enough concept to wrap one’s head around, when approached with a broad stroke. It is of course possible to account for them with precision, however that does take a deeper understanding of nutritional science than most of the population will have, as it requires knowledge on each sugar alcohol and their exact calorie content. For this purpose, it is recommended that the general fitness enthusiast treat sugar alcohols with an averaged value, typically 2 calories per gram, and adjust accordingly if need be.